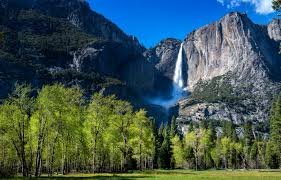 AN OPEN LETTER TO A FRIEND

Recently you shared a list of actions you will take to support Black Lives Matter, a lovely goal and more power to you. Among those actions you stated your desire to shed “mediocre” friends from your life. This struck a chord with me because of what is so pervasive in this era, get rid of the “dirt”. There are so many shades of dirt, and among some of the darkest clods could be found tiny bits of gold. Miners sifted the water out,

threw out the dirt, but treasured those shiny bits that could improve their lives if used well. I have been disheartened recently by the loss of gold flakes in the eagerness to get rid of the dirt.

Take statues. Sure, confederate generals should be in a history museum because they were traitors, trying to defeat their own country. Take them down. Columbus? He doesn’t belong here anyway, he never set foot on North America. Take him down. But…Washington? Jefferson? Without their dedication and vision many of us would not be here and North America would probably be an

amalgamation of small, banana republics, some of which would still be British colonies. In case that is hard to imagine, realize the continent was held in segments by at least three countries, Russia, Spain and Great Britain. The fathers of our country were of their times, how they lived was legal and accepted. Cry about it all you want, believe that they should have known better a century in advance of the entire population struggling to survive it’s egregious practices, but without those men you would not have a country attempting to grow into humanitarianism.

Listening (once more) to NPR I heard that John Muir had written “hurtful” comments regarding Native American tribes and black Americans. Actually, as he grew older he understood that some of the tribes were as conscious of land and water preservation as himself, and his views evolved over time. But forget that aspect, he said bad things about people of color.  So, my dear friend, perhaps you should not visit Yosemite

Park, since it would long ago have been industrialized without the lobbying and dedication of Mr. Muir. You should also keep your eye on the Sierra Club, since he created it. Although, they are attempting to expunge his bad seed by filling the board with people of color. Don’t get me wrong, it is about time that some Native American  tribes are recognized as earth preservers, but please don’t jettison all of the people who have dedicated their lives to promoting land preservation.  By the way, don’t go to any National Park since it was the egregious Teddy Roosevelt who created that system in order to save our countries natural beauty. ( I believe his transgression has something to do with his attitude toward South Americans).

History is full of explorers, artists, leaders, writers and researchers in the distant past who have written, verbalized or acted in ways of which we would not approve. Those were different times with different…often vicious or inhumane…rules. We can abhor the practices of that time, we can weep over the idea that humans could be so heartless, but we can’t throw away the advances, the progress made, over ancient grievances. That is what has caused genocidal wars in some countries and turned neighbor against neighbor.

My daughter understood the importance of context many decades ago.  She was taking part in a Dressage Clinic under the tutelage of an elderly Swedish Master, accompanied by his wife. One of the women was complaining that she resented his habit of draping his arm around the participants shoulders when talking with them.  I asked my daughter how she felt, her answer was on target: he is an old man, raised in Sweden during the early/middle part of the 20th century. Customs were different, times were different. In short, it did not bother her because she could understand where it came from, respect his age and appreciate his present kindness and teaching expertise.

Show me a human you respect and odds on, with the right researcher and given time, you could be made aware of that human’s flaws. We all have them. The point is, you have to admit the flaws, mitigate them if possible with conversation, education and understanding, but also accept the bits of gold you may find in their character. With historical figures recognize the lives they have hurt, but give credit for the lives they have enriched with their parks, leadership, life saving vaccines, wonderful literature, or other accomplishments.

Those old gold diggers, they were probably all sexist. Many undoubtedly had nasty words to say about the Indian population, some were probably thugs or criminals. Love them or hate them, my friend, they built the city you live in. Should you abandon your home because the city was built by the old gold diggers and the followers  that lived off their labors? After all, the parks, your city, our very country stand as monuments created in an effort to move toward a better world. Should we abandon all of that because they were created by individuals who were of their times, no better, no worse? How about educating our children to recognize the bad, while appreciating the good.  And perhaps we should not shove anyone into mediocrity, whatever their ethnicity or beliefs, without figuring out why they feel as

they do, how they were raised and if it is possible to simply agree to disagree. So, my friend, do crusade for a fairer, more equal America, but remember that Congressman John Lewis actually forgave the man who beat him on that storied bridge. Allow for acceptance of verbal mistakes that generally mean nothing, and give a bow to the Martin Luther King Jr. version of forgiveness. He, too, was a flawed human being, but with golden flecks of greatness in his soul.

Be well, my friend, improve life where you can, allow differing opinions even if you cannot accept them for yourself, and be aware that what you say does matter, but realize you may be misinterpreting what others say, and let it slide off your back into oblivion. Most of all, find joy in the little things  life offers, and happiness within yourself.